Sea creatures of the Maldives: the Pyramid Butterflyfish 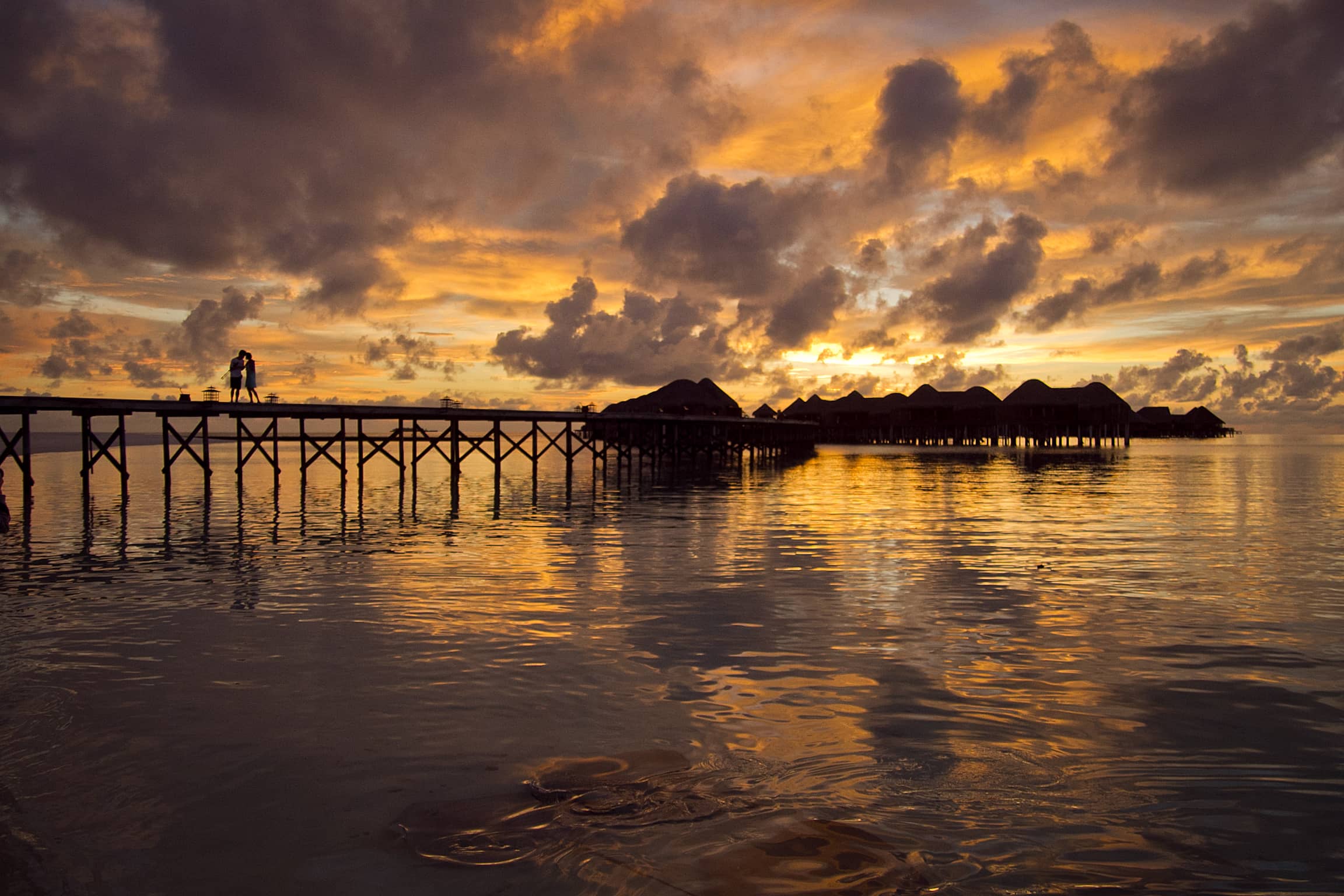 Marine biologist Robin Aieilo shares her insight about the sea creatures of the Maldives and the beautiful Pyramid Butterflyfish found in the calm water around Constance Halaveli. 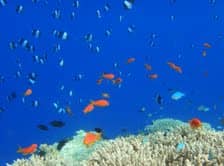 The varied fish in the reefs around Halaveli

I can’t believe it has been over a month since I left Halaveli Resort – I had such a fantastic time and cannot wait until I return in the near future.

But before I come back to the resort I have another exciting adventure – 3 months sailing above the Arctic Circle. I will be onboard a small Expedition Cruiseship working as a marine biologist lecturer and zodiac driver (you know those small black rubber boats). We are exploring around Svalbard, Norway for over amonth then making our way across the Atlantic to Iceland, Greenland and then into Hudson Bay.

This will be my fifth season up there – for me, it is a little like coming home for a visit every year. So stay tuned – I will be writing monthly blogs from the Arctic and sharing my experiences with polar bears, whales, walrus and the northern lights.

But my heart remains in the Maldives… There are just so many fascinating animals to tell you about. This month, it’s the turn of the Pyramid Butterflyfish.

When you get into the waters on any of the reefs around Halaveli Island, the first thing that catches your eye is colour – splashes of blue, yellow, white, orange, black. Fish of every shape and size darting around you – sometimes so quickly that you only see a flash of colour, then the tail as it disappears into the reef.

Sometimes it is almost overwhelming – where should you look first? 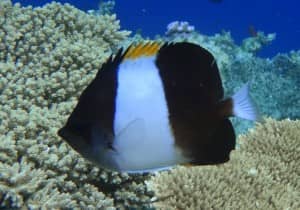 A Butterflyfish in the Indian Ocean

One of my favourite fish of all is the butterflyfish. They are aptly named because they are small, colourful and ‘flit’ around the reef. There are 32 species in the Maldives and as a group, they are relatively easy to identify.

They are hand-sized, laterally compressed (discus-shaped), swim in pairs (they mate for life, which can be about 25 to 30 years), and generally cruise along close to the reef as they feed by nipping off coral polyps and grabbing tiny invertebrates.

Their shape is perfect for quick maneuvering – they can turn and dash off in milliseconds – and for tucking into little nooks and crannies in search of food.

Almost all butterflyfish (there are, of course, exceptions) are white and yellow with black stripes. They are certainly striking, and hard to miss. Most of them have two key deceptive features – black eye-stripes that hide their real eyes, and what we call ‘false eyespots’ near their tails. The theory behind these eyespots is that they confuse predators into thinking the fish is moving in the opposite direction, making it harder to attack.

The Black Sheep of the Family

But, as with all families, there is one that is the ‘black sheep’ – the one that behaves and looks a little bit different. In this case, it is the Pyramid Butterflyfish.

Instead of cruising near the reef in pairs, these colourful fish form massive groups, or schools, just off the edge of the reef. They can form groups of many hundreds of fish, forming a beautiful shifting curtain of black, yellow and white. 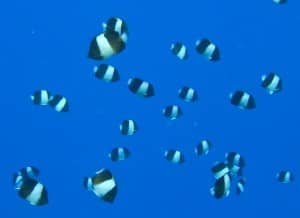 A school of Butterflyfish

This species does not feed on reef invertebrates like the other butterflyfish, but is a planktivore – eating zooplankton (small animals that float in the water). So, for them, it is better to hang out in the open water where there is more current and more plankton.

The other difference is that this species does not have the typical black stripes of other butterfly species. Instead, they have a large triangular shaped white patch on either side. Young fish have lighter coloured heads, and they darken as they mature.

At dusk, this large school of fish disperses – each individual fish wanders off over the reef looking for a small hole to use as a hiding place for the night while they sleep. Just before entering the hole they change colour – the bright white patch fades away and turns dark, making them less visible to nocturnal hunters such as sharks and moray eels.

Scientists have only recently discovered that just before they head off to find their nighttime refuge, and only at this time, they communicate with one another. How? By sound! Yes…many fish are able to make sounds by using their air bladders and the muscles that surround it like a drum. So the next time you do a dusk dive or snorkel, listen carefully to these beautiful little Pyramid Butterflyfish.

Learn more about other sea creatures you’ll see when diving at Halaveli: 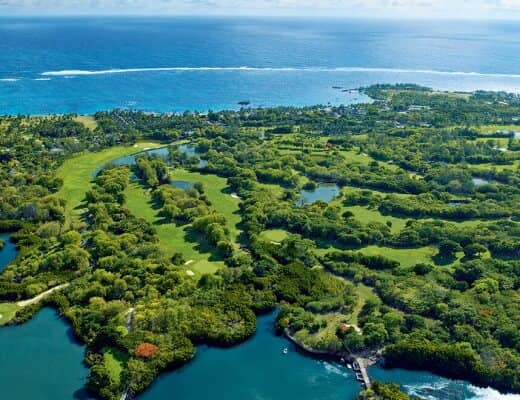 Golf getaways in the Indian Ocean