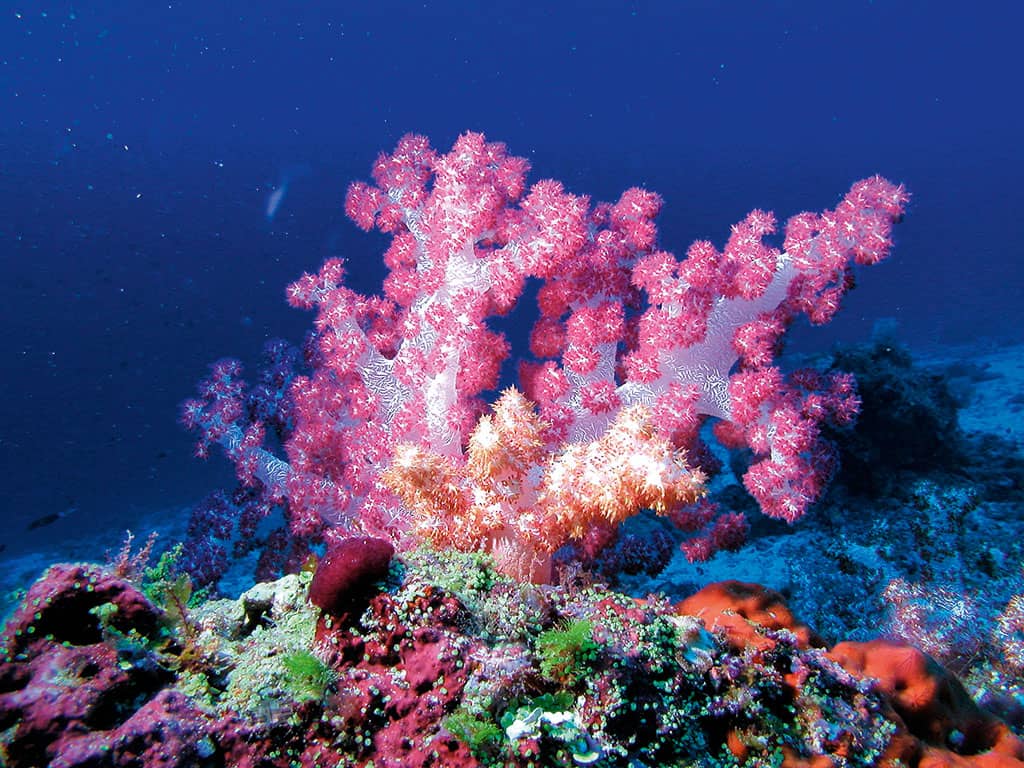 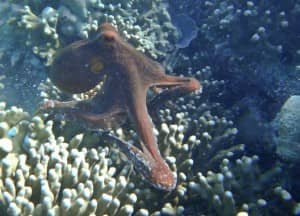 I can’t believe that my month on Halaveli is already over. How sad! The last week, like all the others, was full of adventure and fun. The diving seemed particularly good with wonderful sightings of sharks, manta rays and, with the full moon, lots of spawning fish.

Octopus sighting
One of the most memorable sightings for me was a very large octopus that gave us quite a show. We found it when it was hiding in a small crevice in the reef. After a few minutes of waiting, it seemed like it wasn’t going to come out and play, so we headed off to continue our dive. But as we started to leave I looked back and saw it start to emerge. So we waited…and out it came.

Parachute feeding
It was a stunning creature, nearly a metre long. We watched as it swam over to a nearby cave, settled down and started to feed. It would position itself over a particular spot on the cave wall and then extend out its long arms, one at a time, and reach into a small nearby hole to grab prey. Sometimes it would launch itself and suddenly ‘pounce’ to one side. As it landed the skin between its arms would balloon out, trapping all small animals beneath it – this is called ‘parachute feeding’.

We must have stayed with the octopus for at least 10 minutes, fascinated by the way it would instantaneously change colour and texture to blend in with whatever background it was sitting on for the moment. It really was a spectacular sighting. 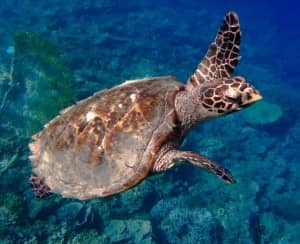 Communication and interpretation training course
As the time for my departure from the island approached closer and closer, it seemed like I got busier and busier. I was deeply honoured to be asked by the dive team to run a course on communication and interpretation – this is a course that I have been running for the Great Barrier Reef tourism industry staff in Australia for the past 15 years.

We actually had a lot of fun – gathering on the Dive Center jetty after work, and discussing such topics as what is the difference between education and interpretation, what makes a good nature interpreter, and what are the best body language techniques to use to get your messages across.

The Halaveli Dive Team
For me, as an educator, it was especially wonderful to watch the staff use some of these new techniques into action during the following days. The staff of Halaveli Dive Team are the most wonderful group of instructors that I have ever worked with – they are professional, friendly and nothing, I mean nothing, is too much of a hassle for them to do.

And they have incredible eyes for spotting marine life underwater.

Especially turtles. One of the most popular snorkeling activities on offer through the Dive Centre is the ‘Snorkel with Turtles’ excursion. There is a reef nearby that has 7 resident Hawksbill Turtles, so the chance of seeing these gorgeous sea creatures is very good.

Here’s some insight into these amazing creatures. 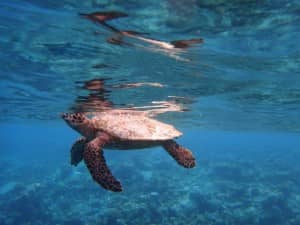 There are two common species of turtles in the Maldives – Hawksbills and Greens. Around Halaveli, we see only Hawksbills.

Endangered
All sea turtles are endangered and in most countries they are fully protected. Sea turtles have been harvested for centuries, mainly for their meat, but in the case of Hawksbills they were also harvested for their beautiful brown mottled shell (carapace) – known as tortoise-shell.

The shell, when cleaned and polished, is made into decorative objects like jewellry, combs and other personal ornaments. Objects made out of Hawksbill turtle shell have been found in tombs and burial sites of many Egyptian pharaohs.

Watching Turtles
Hawksbill sea turtles are beautiful rare, animals. We are lucky that the ones at the reefs near Halaveli Island are very calm and undisturbed around people.

When you see one, the best thing to do is to stop swimming and just float above it and wait. Eventually, they must come to the surface for a breath – remember, these are not fish, they are reptiles, and cannot breathe underwater. In fact, their ancestors evolved on land but returned to the sea about 150 million years ago. They are one of the few species of animals alive today that are so ancient that they were also around before, during and after the time of dinosaurs.

Normally, when feeding, turtles come up for air every few minutes, but if they are sleeping or resting, their heart rate and overall metabolism slows, and they can stay down for many hours. But they always have to come to the surface!

So it is very important that you never to try to touch or grab a turtle – if startled or scared they might drown.

Hawksbill vs Green Turltes
Telling Hawksbill and Green turtles apart is easy – there are a couple key features that distinguish them form one another.

First – look at the head and beak. Hawksbill turtles have long, curved strong beaks for tearing the reef apart to get to sponges, soft coral and corallimorphs. Green turtles, on the other hand, have a very stubby, short beak that it used like a lawnmower to cut the seagrass. Remember, turtles do not have teeth – instead they cut the food with thier sharp boney beaks and swallow the chunks without chewing.

Second – look at the back end of the shell. Hawksbill shells are jagged and serrated whereas Greens have a smooth shell edge.

A Final Note
So, the next time you see a turtle diving or snorkeling, take your time and wait. The ones around Halaveli are so used to divers and snorkellers that they do not swim away. In fact, they will usually come up to the surface right next to you. It is an amazing experience to have one of these special creatures so close and so curious. Sometimes they will even approach you and look right into your mask. 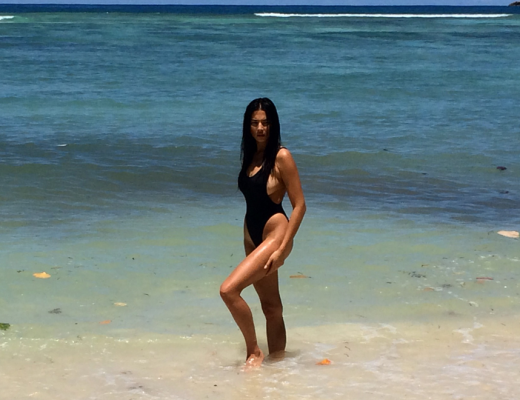 Jessica Gomes & Marie Claire on the beach at Constance Ephélia 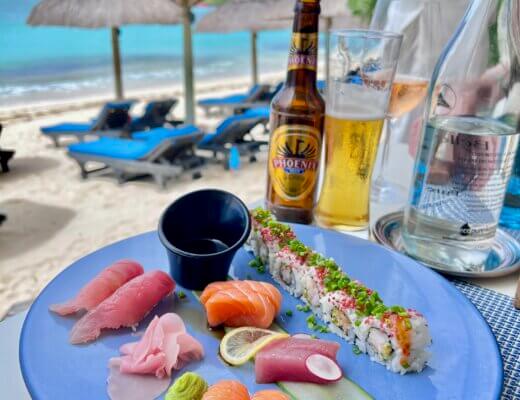 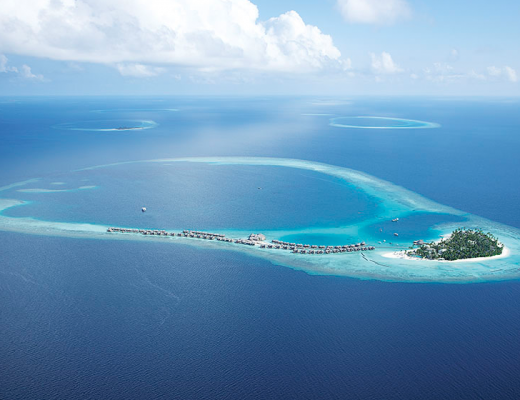