Birdie man Frost gets away to flying start at MCB

The MCB Tour Championship could be in danger of becoming a procession if South African David Frost produces another round of golf like his opener on the Belle Mare Plage Legend course today. 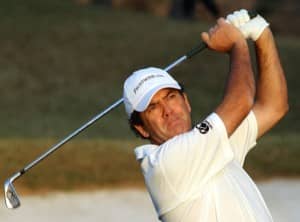 Frost, who was runner-up in the tournament to Tom Lehman 12 months ago and had won the MCB Senior Open over the same course in 2010, was on supreme form, making nine birdies on his way to a magnificent eight-under-par 64.

The 53-year-old who spends most of his time on the US Champions Tour, had only one blemish on his card as he built up a three-stroke lead to take into the second day. That was at the tricky par-four 12th, where he pulled his approach to the left of the green and failed to get up and down.

Otherwise, it was Frost at his most confident as he birdied four of the first six holes, added another at the eighth, picked up three more in a row from the 13th and rounded the performance off with birdie number nine at the 18th.

‘I am very happy with that,’ he said. ‘I made some nice putts and I got lucky with one from 35 feet at the third. Otherwise I hit the ball close and made the putts.

‘The greens are in fabulous condition and that made putting enjoyable. The course has improved a lot over the last two years and there is not so much grain on the greens as in the past. But ‘it’s never over until it’s over and I’ve played enough to know you can’t take anything for granted in this game. 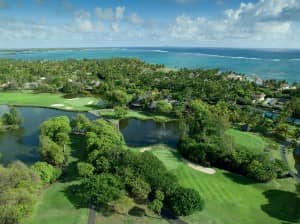 ‘Tom had a great start last year but I managed to catch him and had a chance to tie him on the last hole, and I came back against Roger Chapman and won in a play-off in 2010. I had been leading before that but then Roger put pressure on me.

‘That’s how the game can affect you. It’s a good start but I have to keep playing and stick to my game plan.”

Another South African starts the second day tomorrow, Saturday 8 December, in second spot. Steve Van Vuuren signed for a five-under-par 67 that included six birdies and he said it was the change to a belly putter that had made the difference to his game. Van Vuuren followed the advice of Ian Woosnam and tried the putter out for the first time in the South African Senior Masters and promptly took the title.

‘I switched to a belly putter last week. It was the first time I had tried it and it worked nicely again today.’

American Tim Thelen lies one stroke back in third place, despite being less than comfortable throughout most of his round of 68.
‘I’m pleased with my score. I putted well, otherwise I would not have had a 68,’ said the three-times 2012 winner who had a mixed card of seven birdies and three bogies.

‘I couldn’t find my swing for the first nine holes and it wasn’t until the 15th that it suddenly felt good and I finished much better with birdies at 17 and 18. If I can start that way in the morning I’ll be a lot happier.’

Popular American Jerry Bruner sent out a reminder that there is still life in the old dog yet with a creditable three-under-par 69 to share fourth place with Australian Peter Fowler and Englishmen George Ryall and John Gould.

Tough start for Lehman and Chapman

But there were disappointing starts for favourite Tom Lehman and double Major winner Roger Chapman. There were five birdies for Chapman but an ugly double-bogey at the 12th spoiled a promising card and he finished at two-under, level with Barry Lane who is aiming to consolidate his position in second place in the order-of-merit.

And defending champion Lehman had a difficult time on the greens, relying on a final-hole birdie to finish with a one-under-par 71.

‘I didn’t putt well. It was as simple as that. I was playing pretty well, except for hitting a bad three-iron at 16, but all the other
bogies were three-putts. I found the greens faster than last year and it was difficult for me. But I won with a 71 in the last round a year ago so there’s a glimmer of hope.’

Catch up with all the news from the championship on the MCB Tour Championship website. 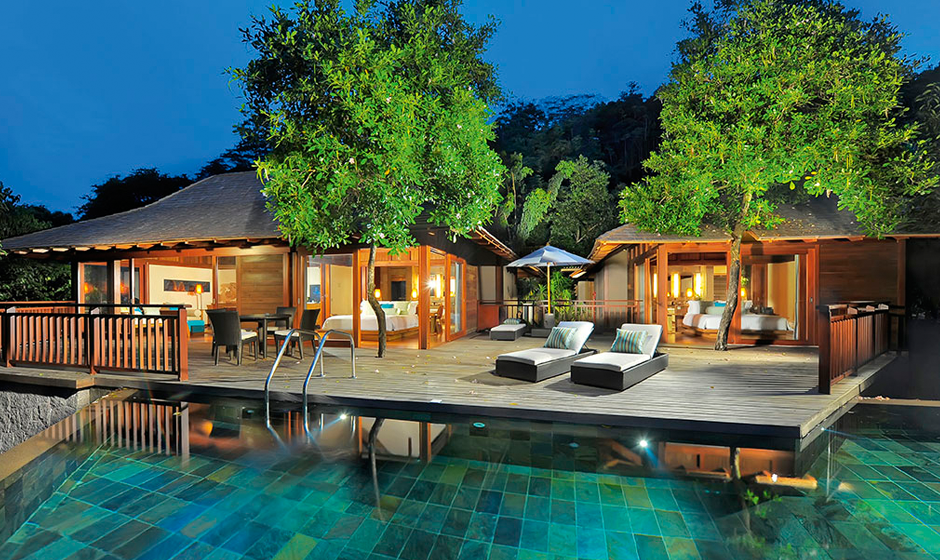 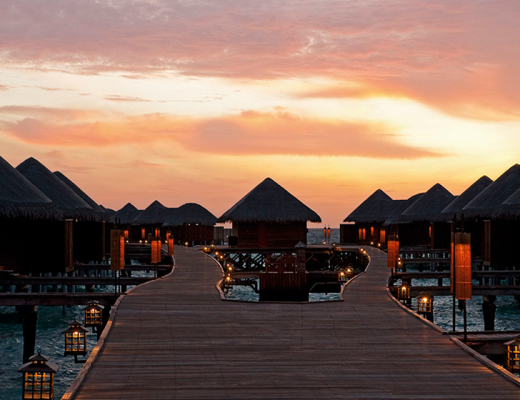 Vote for Constance Halaveli in the World Luxury Hotel Awards 2014