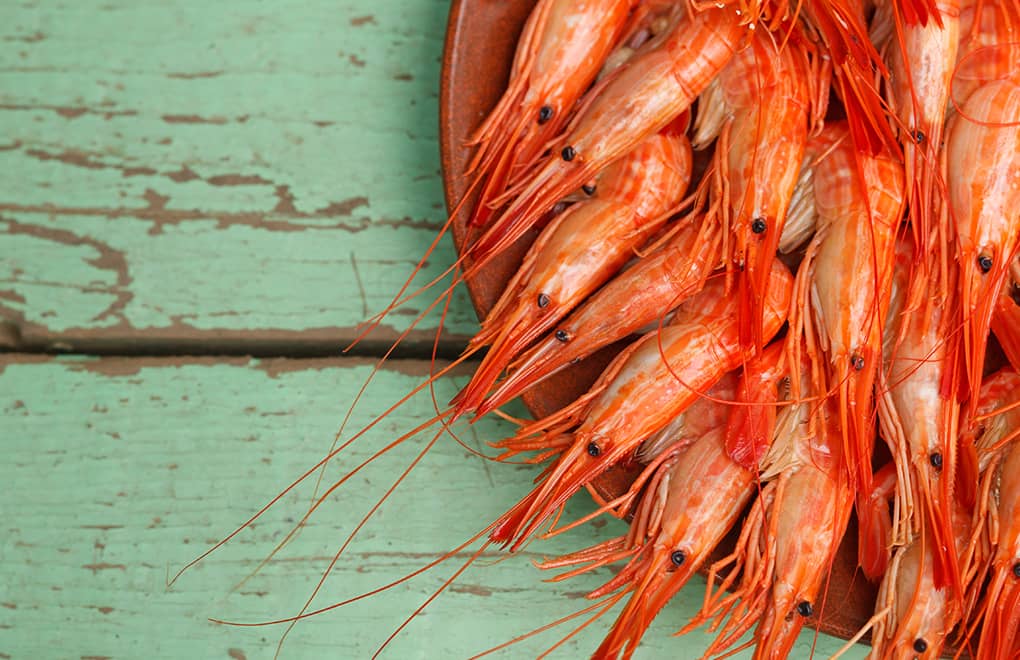 With the Indian Ocean to inspire them it’s not surprising our chefs have come up with modern, innovative ways of preparing and presenting delicious seafood.

Here are two excellent examples to get your taste buds tingling. 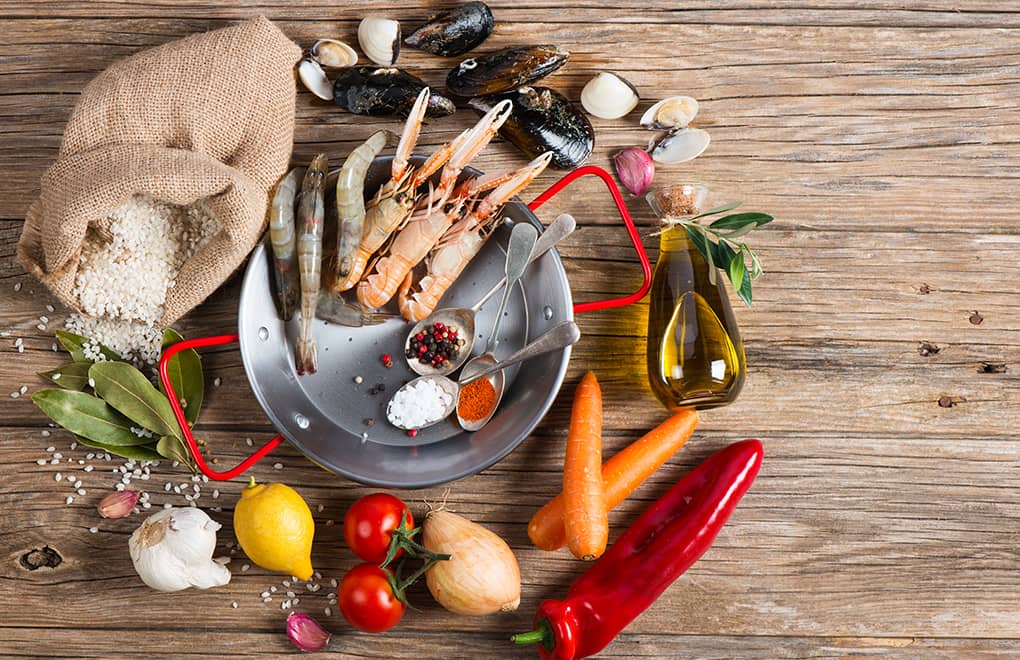 Paella is a classic Spanish dish given a modern Indian Ocean twist by putting monkfish or red mullet at the heart of this dish and adding extra local seafood.

1. Gently fry the prawns or langoustine.

2. Place clams for half an hour in salt water in order to bring the sand out.

3. Cook the clams in very little water, then add the mussels, so they open. Throw away any mussels which do not open.

4. Fry the whole fish (monkfish or red mullet) in a paella pan made of metal with a little olive oil until it turns golden brown. Then add the mashed tomatoes. Allow to simmer and add chopped garlic, parsley and saffron.

5. Stir a few times and add the rice. Add ¾ ltr fish stock or boiling water, season and cook at medium heat, moving as little as possible so that the rice grains are loose.

6. Decorate with the clams, mussels, prawns on top. If it begins to boil, leave to cook for about 18 minutes in a 220ºC preheated oven. 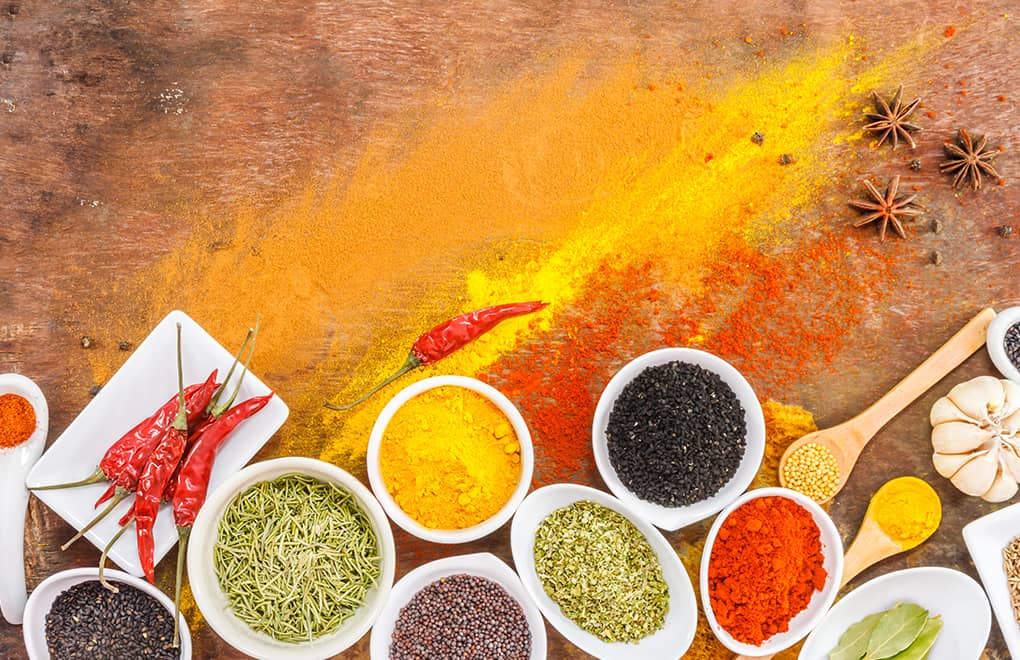 1. Clean the squid and rinse it well. Separate the pockets and the tentacle and set aside. Stuff the tubes, pierce them with a toothpick and pre-cook them by steaming them for 6 mins. Cool them quickly.

2. For the stuffing, put the chicken, shrimp, onion and garlic through a fine mincer. Put the stuffing in a chilled strainer and add the chopped parsley, finely-chopped basil, spices, pre-cooked quinoa, egg, olive oil and roasted pine nuts. Season with salt and espelette pepper. Mix well. Set aside the stuffing in a plastic bag in the fridge for one hour.

3. For the garnish, cook the rice in boiling water for about 15 minutes. Drain it, dry it gently on a plate and add the coconut milk reduced by three quarters, with ginger and lemongrass. Pour the mixture into a rectangular mould with a press on top and store it in the fridge for 24 hours. Cut the pimiento peppers into small triangles and the coconut into small round discs with a pastry cutter, and the apple into green sticks. For the raita, mix the yogurt with a little salt, add the cucumber cut into small cubes and top it off with a head of mint.

4. For the sauce, in a sauté pan, sweat the chopped onion and garlic in olive oil. Add the squid trimmings, a knob of butter and let it all caramelise. Deglaze with sherry vinegar and reduce it to dry. Add white wine which you leave to reduce to three-quarters, then the bisque. Simmer gently for 10 minutes with bouquet garni and bird-tongue peppers. Pass the sauce through a cheesecloth strainer and add the squid ink. After checking the seasoning, serve in a sauceboat.

Heat the stuffed squid in a steamer for 3 minutes on a plate covered with kitchen film. Add the tandoori masala and mix them rapidly into the buttery mousse. Slice into medallions and serve immediately.

Under the toaster-grill, heat a strip of rice on a plate and arrange the squid on top with the karipulay leaves.

Garnish it with the small trimmings of the squid and draw two lines with the squid-ink sauce. Serve the cold raita separately in a small bowl. 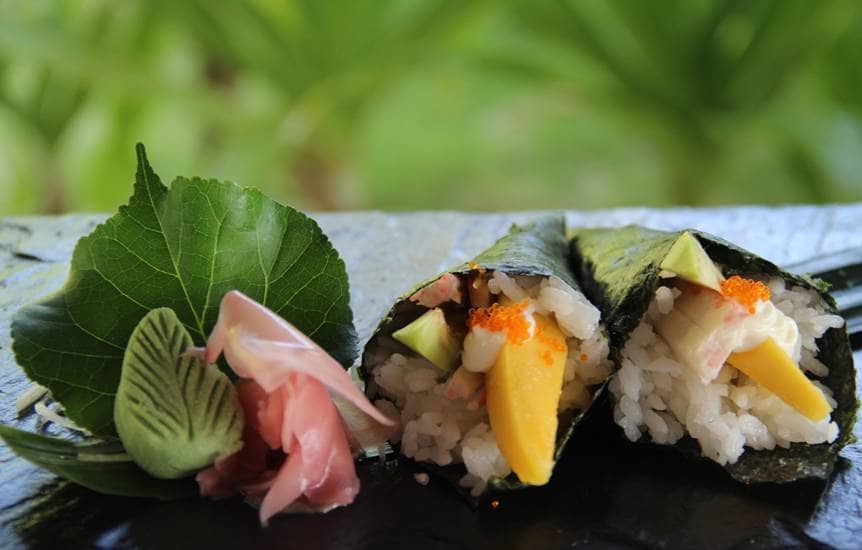 7 tips and tricks for perfect sushi 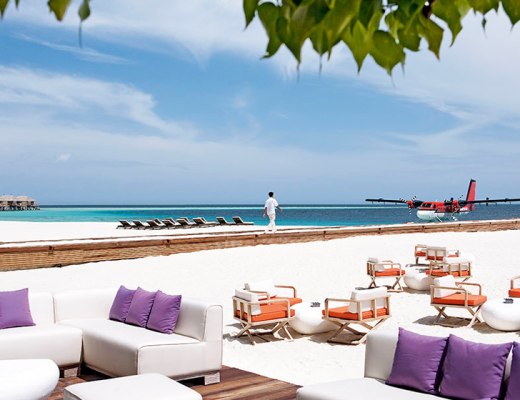