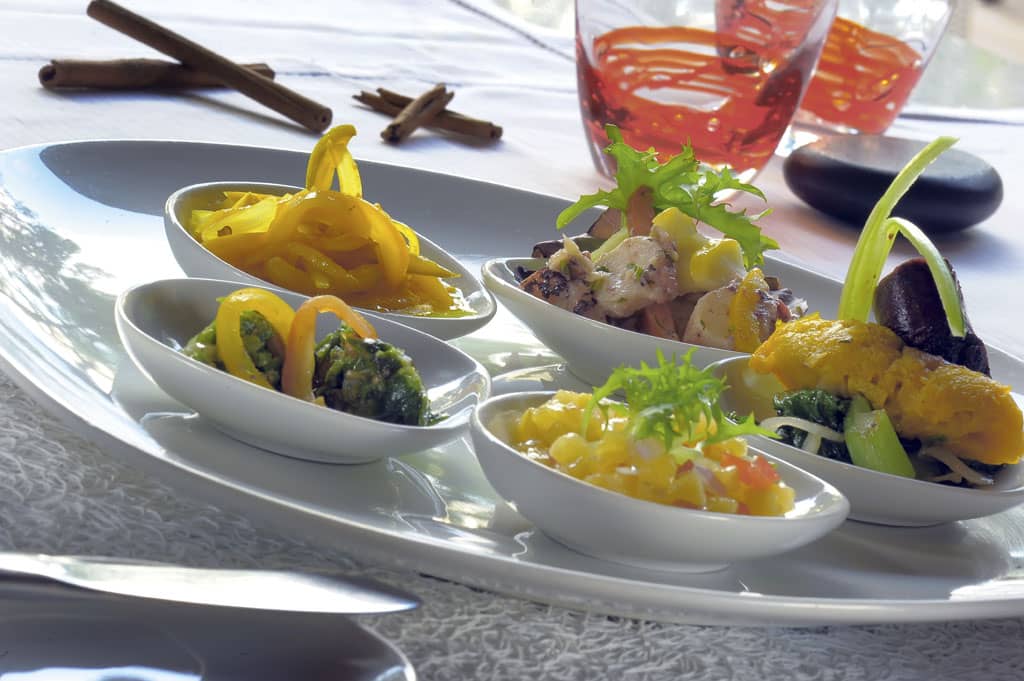 The day of the competition is filled with tension and drama.

The European chefs have given the final briefing and words of encouragement to their Island partners, now it is down to them. We members of the Jury, ourselves a ‘Creole’ of nationalities, gather in expectation.

Whilst it is a competition, there is an overriding sense of camaraderie. the dishes leaving the kitchen are met with roars of approval from the European chefs, friends, family and supporters gathered at the kitchen door.

It is apparent that it is not the best chef or even the best dish which will win. Rather it is the best team which will shine through – those who have embraced the spirit of sharing knowledge and friendship.

This year’s dishes are difficult to separate, they are all of the highest standard.

The Jury have some tough decisions, and the debate rages for longer than ever before in their post degustation debrief. Cuisine is subjective, and even the jury members from the same country are divided on opinion. It is the most fascinating exchange of culinary wisdom.

Finally, a clear winner and runners up are established. The Jury are at one with the decision and are content that they have made the right choices. Only then are the identity of the teams revealed to the Jury… and they have to keep a secret until the prize giving on Saturday evening.

I do believe the best team won!

Want to know who has won?

Watch this space for the announcement of the winner…